Legacy Gifts: What You Need To Know 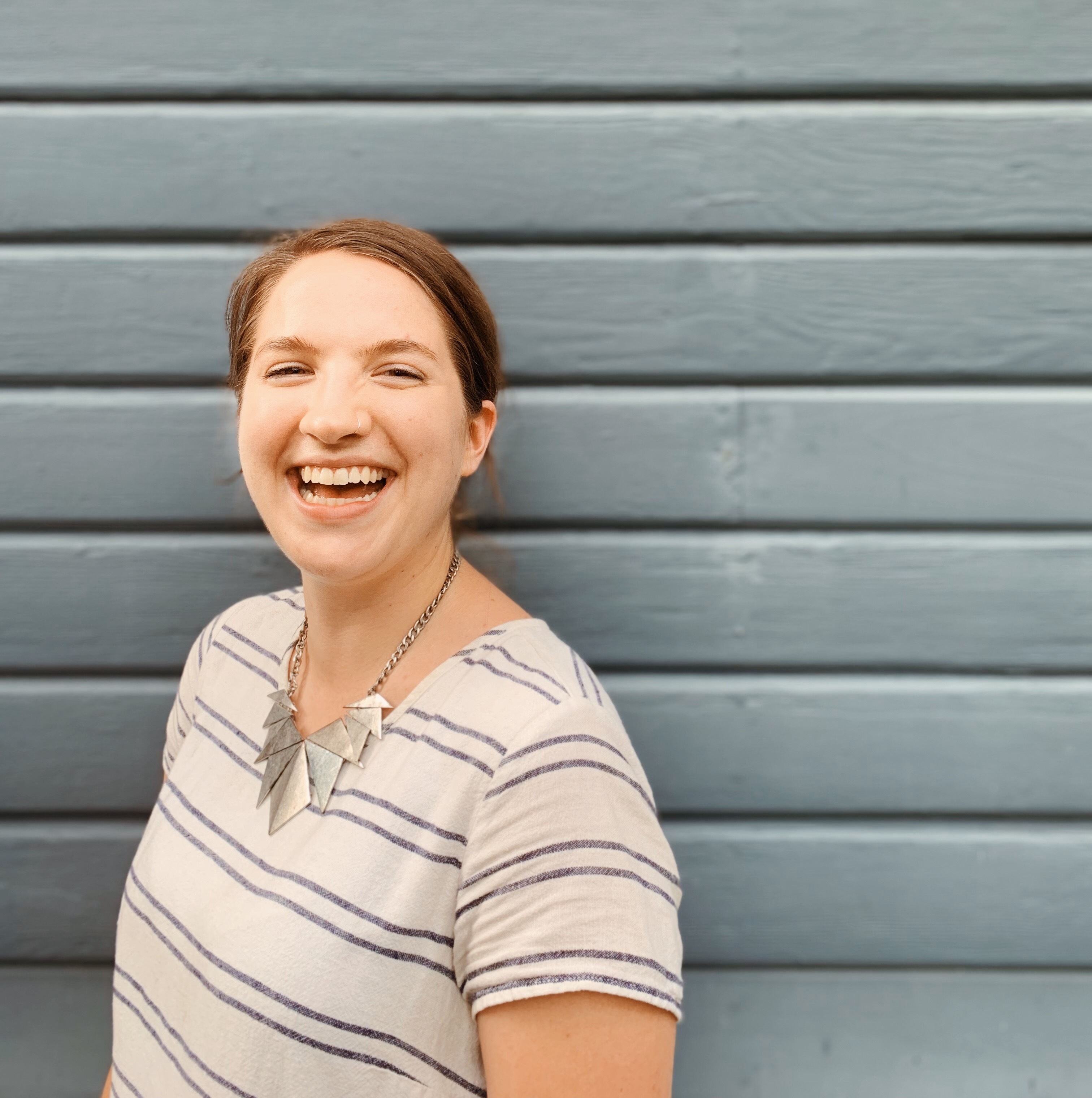 For nonprofits, there’s never been a better time to capitalize on the untapped pool of legacy gifts, or gifts left to your nonprofit through a will or trust. Legacy gifts are also referred to as planned gifts. As the Baby Boomer population declines, approximately $30 trillion will be passed on to the next generation. Nurturing these kinds of donations can be a complicated and lengthy process without a clear time frame to receive funds, as the planned giving process often requires third-party participants, like an attorney or estate planner.

It can also be difficult for nonprofits to financially plan ahead for legacy gifts, as it’s not immediately apparent how much value a donor might have to bequeath. Cultivation can take years before a donor is ready to offer a legacy gift, so it’s important to offer a designated space to educate your supporters and make the process as easy as possible!

Let’s take a closer look. Here are the facts:

1. Legacy gifts are not just for the wealthy.

Studies indicate that almost everyone has the ability to make a planned gift, monetary or otherwise. Legacy gifts offer your supporters an opportunity to give more than they would otherwise be able to. For example, leaving property or homes to charity is not an uncommon practice - something supporters are typically not able to offer during their lifetimes. Planned giving is an opportunity for supporters to make a large gifts without costing them a cent while living.

2. Bequests are the most common form of legacy gift.

Bequests are gifts left to a nonprofit organization or charity after a donor’s passing via trust, will, or estate plan. Bequests tend to take one of three forms:

This should not come as a surprise - planned gift officers tend to focus on the older generation as there is a higher likelihood that they have an opportunity and means to give. Research indicates that once a supporter includes a nonprofit organization in their will, they are highly unlikely to remove that gift and are actually more likely to increase their donations over time.

This is not to say that you should solely focus your efforts on the older generation of givers. Save The Redwoods League launched legacy giving opportunities for supporters of all ages - with resources to learn more, explore impact, and take a planned giving quiz to customize the options that will work best with giving capacity in mind.

4. Organizations do not usually receive a legacy gift unless they ask for it. Don’t be shy!

In addition to offering resources to make planned giving a simple process for interested supporters, it’s a smart idea to simply ask. Nonprofits have access to resources that run wealth screenings to determine donor capacity and propensity to give. Exploring donor capacity can help give your nonprofit organization an idea of where to start asking and at the very least, let your supporters know legacy giving is an option.

5. Pet owners are 70 percent more likely to give through their wills, but give slightly less than individuals who don’t have pets.

While pet owners give slightly less than those who don’t have pets, the connection between pet ownership and inclination to give legacy gifts is worth noting for marketers and fundraisers.

Leveraging animal-centric advertising is no secret to marketing professionals. In July 2019, Defenders of Wildlife experimented with animal-centric messaging to urge supporters to consider both humans and wildlife when creating their will. This tactic raised more than 10 percent of all planned giving commitments.

With these facts in mind, the best way to maximize the legacy giving process is to make it as easy as possible for your supporters. Maybe you already have a planned giving officer on staff, but if not, creating a designated space on your organization’s website to learn more about the options available increases the likelihood that they will want to make a legacy gift.

This is a great example from Oregon Humane Society, where supporters can learn about estate planning opportunities, retirement planning, benefits of giving (taxes), and how to direct gifts. Offering a wealth of information and opportunities for your supporters to learn more earns trust in your organization and gives supporters an idea of the work their gift will impact. 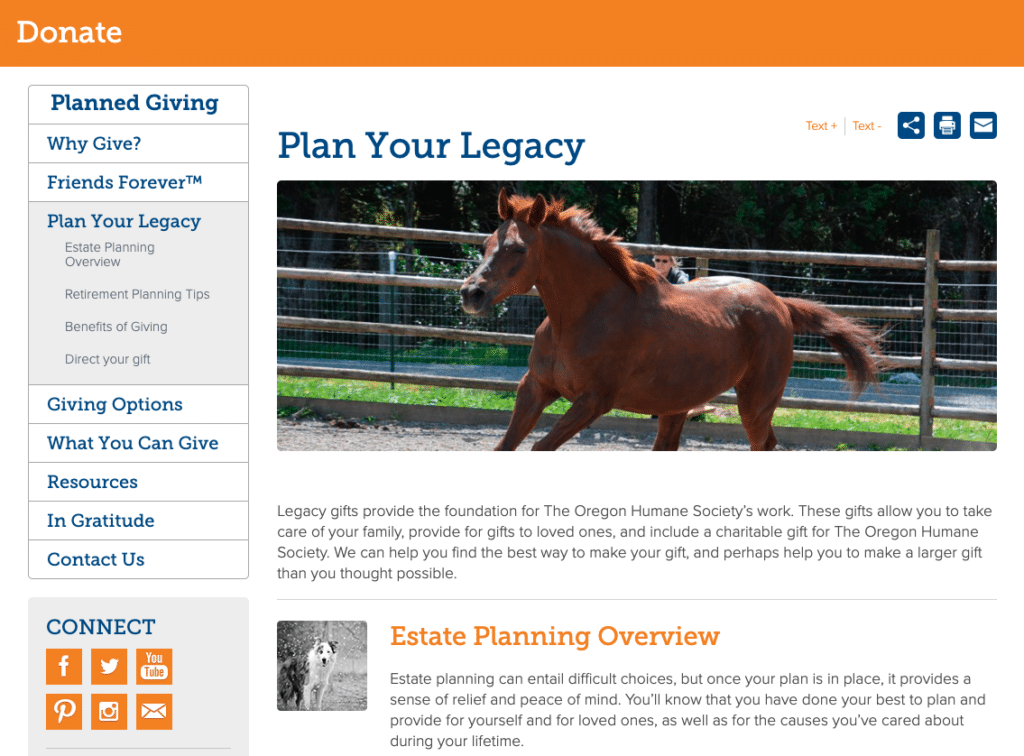 To summarize, remember that nearly all supporters have the capacity to offer a legacy gift, animal-centric messaging is your friend (as long as it connects to your mission!), and making the ask is half the battle. With this outline in mind, you’ll be nurturing legacy gifts in no time.

Why Women Give More Gifts Than Men

In the annual report on the intersectionality of gender, technology, and charitable giving, the...

Creating a Multi-Channel Approach to Your Text Messaging Strategy

Text messaging puts the power to make a gift in the palm of your supporters’ hands. The majority of...

Optimize Your People, Process and Technology To Double Year-End Giving

Originally published on TechSoup In 2020, it can feel like nonprofit staff are working twice as...